LBP: Stormfall...y'all ready for this?

Okay guys, I'm kind of letting my inner fangirl out on this character, but it needed to be done. This is going to be one of the primary three characters in the LBP series, and the primary protagonist of Stormfall.

I introduce to you Alistair Stromwell.

The idea behind this character (as the pictures would suggest) is a combination of Alistair Theirin (one of the protagonists of DragonAge: Origins and the DragonAge series in general) and Dean Winchester (of Supernatural). Although LBPs Alistair is much taller than either of these characters, the facial and body type is much the same; blonde, strong, blue eyed, handsome, etc. As for the personality, the character is a combination of these (oddly similar) characters, with a sarcastically morbid sense of humor to protect themselves from emotional harm and to hide a painful past, a fierce loyalty that takes a lot to be earned, and a very black and white concept of right and wrong that often classifies the magical and supernatural on the "wrong" side.

Alistair was born to the family Stromwell, the Royal family of the cold and stormy northern island system of Talias. Born to the Storm King, Erik Stromwell III, and Castrella Stromwell (originally of the Morgaine clan of the eastern Durstan Islands), Alistair was the youngest of 5 children, and the only child Erik had by Castrella. Castrella was 17 when Alistair was born, and died when he was just over a year old, lost to a fever that took both her and the baby she was carrying. As a result, Alistair was raised by his older sister, Aisling. Aisling and he had a great relationship, as they both excelled in academic pursuits and the combative arts. This desire to excel mostly stemmed from the rejection they experienced from their father; Aisling for being a girl (and not a lady-like one at that), Alistair for being the offspring of his least favorite wife. After a minor sparring accident, however, in which Aisling's arm was broken, permanently crippling her right arm, Alistair was sent off to the Aldean Fist, a warrior monk's monastery, in the eastern portion of the Talias island system. He was 9 at the time.

At the Fist, Alistair mastered a number of combative arts, as well as languages and healing arts. His goal was to be both the "sword and the shield, the cut and the salve, the warrior and the healer," as was taught to him by Pentos (High Priest) Maren. At the fist he learned all forms of weaponry, especially the sword, as well as anatomy, basic physiology, and methods of healing wounds. He became an avid reader and made a hobby out of observing people and their behaviors. He especially became interested in legends told by the various island people, their various remedies to diseases, and their cultures.
He also learned their fears, especially a resounding fear of the unknown, specifically "sensitives", or people with supernatural abilities or senses. Alistair's experiences with these cultural fears, as well as his religious training at the Fist, made him very wary toward "sensitives" in general, although he had doubts regarding the validity of some stories he heard.

His time around these people, as well as his time around the dead, dying, or wounded, made Alistair develop a sarcastic, morbid sense of humor that often irked the Penti (priests) of the Fist, so much so that when he applied to become one of the warrior monk initiates (Uni) at the age of 15, they rejected him, stating that he was "destined for another path." Before he could reapply at the age of 17, a rebellion started in the Talias island system between the "Stormborn", those loyal to the Stromwell clan and the ruling families of Talias, and the "Durstans", a rebel group loyal to Margrave Grewt of the Durstan islands East of the main islands of Talias. In the attempt to make peace with the Durstans, Alistairs second oldest brother, Morren, was murdered. Soon after, the eldest brother, Fallon, was killed in the Battle of Amos. What was thought to be a short-lived rebellion turned into a full-out war when the Durstans began attacking Stromwell-loyal islands and, surprisingly, coastal cities of the main continent belonging to the forest kingdom of Shaddard.

In the second year of the rebellion, Alistair joined the fight along with other trainees at the Fist. Due to both his success and his talent at healing, he was placed as one of the leaders of a ground battalion, alongside his brother-in-law, Serys Laefell, one of the heirs to Shaddard and husband to Aisling. During their time in the battalion, Alistair and Serys became good friends, more so when Aisling died giving birth to her only daughter, Rhea. In the same year, King Erik was lost at sea after joining the battle in his legendary ship, the Bastards Steel.

In the third year of the war, Alistair and Serys led their group to one of the inner Durstan islands, blinded by their past successes. Of their 56 soldiers, only 7 survived, including Alistair and Serys. They were trapped behind enemy lines, and some were captured. Serys and Alistair managed to find each other, infiltrate a few key positions on the island for information, and escape, along with a woman who called herself Logan. Alistair fell in love with Logan over the months that they were trapped behind enemy lines, but she disappeared soon after they escaped from the island. The information that they collected while on the island ended up being key to winning the war, but Alistair always considered it a loss. 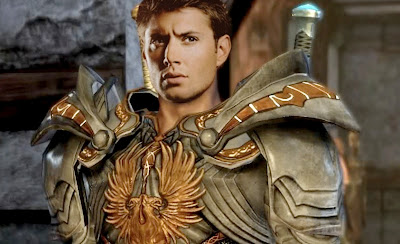 At the point in time this story takes place, Alistair has been on the throne for just over a year, after his brother Liam died. He is a reluctant ruler, and although his position is largely as a figurehead while the marches essentially rule themselves,  he hates the social obligations his position warrants, not wanting the responsability. Most of his time is spent training with his knights, studying in his family's vast library, or volunteering his time to to the local Palmery (church).

Virtues: Strong sense of honor, charitable with his time and talents, and slow to anger. Loyal to those who have earned it in his eyes
Flaws: Slow to trust anyone, especially those in authority, reluctant to take responsibility that he does not want, often seems childish or rude at inappropriate times, talks too much at times, too little at others. Can be overconfident in his abilities, to the point where he overestimates himself.

For those of you who have followed SBF over the past year, you know that the Legend of the Bastard Prince is not a new idea. LBP has been a pet project of mine for over 3 years, as have some of the characters. However, the world of LBP has undergone a great deal of development over those 3 years. As a preview to what you all will be looking at over the next month, here is the summary that I have written for the NaNoWriMo website.

In a world long ago forgotten, conflict sets the stage for war when a number of high profile warriors and scholars begin to go missing in  the dark forests and deep seas of New Eden, and the increasingly tyrannical High King of the continental domains orders mysterious executions of "treasonous" individuals while the winged Gaels begin "cleansing" within their own borders.
In the middle of this conflict stand the family Ink, a group of orphans and misfits of various origins and species taken in  by the odd traveling artist Irvin Ink, who seem to have members in every corner of New Eden.
In this ongoing tale, set a century after the attempted takeover of New Eden by a legendary warrior, a reluctant king, a disgraced noblewoman, and an orphaned bastard must determine where their allegiances, and their hearts, lie when faced with an inconceivable truth.
Posted by Tia at 10/24/2012 No comments:

The Book Fiend Returns! Along with NaNo...

The time has come again for National Novel Writing Month to begin, and I have decided to do an overhaul on Sincerely, Book Fiend!

1) Sincerely, Book Fiend will now post regular updates, featuring characters from my upcoming NaNo novel, The Legend of the Bastard Prince: Stormfall. LBP has been my pet project for the past 3 years, being an on-and-off work since my last two years of high school. Last year I tried to do LBP for NaNo, but soon realized that the characters I had developed in 2009 were ones that I had outgrown. Turin and Lyna were not as developed as I had once thought, and now new characters would be needed to inhabit a much darker world than existed in 2009.

2) Book Fiend will also be splitting into two separate blogs. The second blog will be called Sincerely, Bug Fiend and post regular updates and comments on new findings in the scientific community, as well as tidbits that Book Fiend and her Fiendish Friends decide to share!

3) Book Fiend will also be posting regular updates on life events (such as the wedding coming up for Book Fiend and her Mischievous Metal Man) and findings that may prove interesting to the passing geek or nerd!

Thanks my fiendlings! Hope you enjoy the coming months of fiendishness!
Posted by Tia at 10/24/2012 No comments:

So, I am currently counting 10,950 words on the Legacy of the Bastard Prince. Although I am really pleased with the progress i have made so far, I am currently over 10,000 words behind schedule, and need to make up that word count by the 15th. If anything, I need to make up my word count by the 22nd so that I am not stuck back at home for Thanksgiving Vacation feverishly typing while my mother worries for my sanity.

Sorry for leaving you guys hanging. Haven't had much time to write posts.

For a brief catchu-up, my art professor hated my animation, hated the first copy of my t-shirt project, and kind of hated my final product for the t-shirt project. In every other class, everything is going well.

On a personal note, my boyfriend and I have made the decision to go on a break. Very dramatic. Facebook statuses were changed. It is something that I feel has been coming for a while now, but I think that we both need to discover our individual paths first before we can even consider being a couple again.

The book is a collection of short stories written about and from the viewpoints of 19 sorceresses and enchantresses from around the world. These powerful women include Echo from the tale of Narcissus, and Nimue from the Arthurian legends. Each is written in a different style and from a slightly different viewpoint. These women are wonderful, powerful, and sassy in their own right, and are wonderful examples of strong women.

I will give you all a full review when I have finished the book. Looking forward to it!
Posted by Tia at 10/27/2011 No comments:

This is a follow-up on the Androgyny video and my teachers' less-than-pleased response to it. As far as I can tell, the professor hated the video. Honestly that should not be an enormous surprise to me, but it still was quite unpleasant. Of course, this rejection was emotionally compounded by the fact that I had gone to bed at 5 in the morning because of this project and was artistically wiped out.

Anyway, please tell me that I am amazing, because my self-esteem needs it right now.
Posted by Tia at 10/21/2011 2 comments:

Tia
I am an entomology major currently attending (haha I ain't tellin you!) University. I am an avid reader who absolutely loves to rant about books of all kinds, a writer who loves sci fi and fantasy writing, and a scientist who loves to share her daily discoveries with anyone who will listen!